What the Durability Update Means for LoL 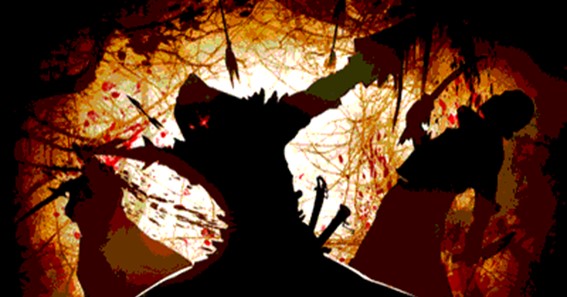 Riot is keen on encouraging more team fights and extended skirmishes with their Durability Update. How will this change affect the game’s current meta?

Gamers are now gearing up for what might be the most significant and disruptive update for every League of Legends account. Patch 12.10 will be going live very soon, bringing the Durability update. The change would significantly impact LoL’s gameplay and players’ strategies. What does the update mean for the MOBA?

The update will make every single champion much tankier by increasing their base HP, health scaling, armor scaling, and magic resist scaling. In contrast to these increases in stats, healing and shielding power have been reduced to accommodate the changes. Here are the more specific details about the changes to these champions that players with LoL accounts should expect:

Aside from these champion stats changes, several item effects will also see some big taps on their effectiveness. Primarily, item healing and shielding will also be reduced, and the status effect of Grievous wounds. Here are the more detailed changes on items in League:

Aside from these stats reductions, the champions’ base stats aren’t the only things that will receive buffs. Towers will also receive an increase in their damage output to accommodate the fact that champions will become beefier. At the same time, Baron Nashor will also be packing more punch after the update. These changes in AD ensure that players won’t be able to tank these objectives too easily. Here are the numbers for the changes to the tower and BR damage:

The Reason for the Durability Update

Riot has been monitoring the state of the game and has found that burst champions have become too dominating. Assassins have seen a spike in their usage, despite their lack of appearances in professional plays. These characters are often met with little resistance against squishy backlines, along with certain mage champions.

The main issue about these characters is the lack of counterplay or strategies against fed Assassins and Burst Mages. When these champions can obtain an early lead in their lanes, their roaming potential presents too much pressure for squishy units at the bottom side. Burst champions can effectively shut down the bot lane and one-shot most squishy units, rendering them useless for the rest of the game.

The problem with this situation is that this type of strategy removes the teamplay essence of the game. A burst assassin or mage swiftly taking out the backline does not offer any chance for counterplay. This low-survivability situation has been described by Riot as something that “creates abrupt and confusing team fights and skirmishes when champions die so quickly.”

What Does the Durability Update Mean for League of Legends?

Aside from the obvious damage mitigation against burst champions, the changes in durability hopes to encourage cooperation, extended team fights, and more calculated maneuvers. The increase in the HP, armor, and MR stats will provide more avenues for players to react to specific attacks. Here is a brief rundown of what Riot expects from the update:

While Assassins and Mages won’t be denied their burst capabilities, they will need to invest more resources to ensure that they can execute these attacks. This setup means that gamers playing these characters will have to hit most, if not all, of their skill shots or be ahead in stats to ensure one-shot combos. This situation will reward skilled gamers and punish those who do not plan carefully.

Players Are Skeptical About the Durability Update

While the ramifications of this update are yet to be seen, some players are already uneasy about the changes since it will essentially morph the meta and how the game is played. Fortunately, Riot has stated that they will be monitoring the performance and stats of the general population as they move forward with this plan. They’ve indicated that they will make appropriate changes depending on how things go.

Though it is unclear how much of the game’s landscape will change, it is apparent that the Durability update will significantly impact how skirmishes and team fights are done in the game. Furthermore, gamers can no longer rely on the burst champions to gain quick elo boosts for the ranked matches. Hopefully, Riot will be able to monitor these changes properly to execute proper buffs and nerfs when needed.