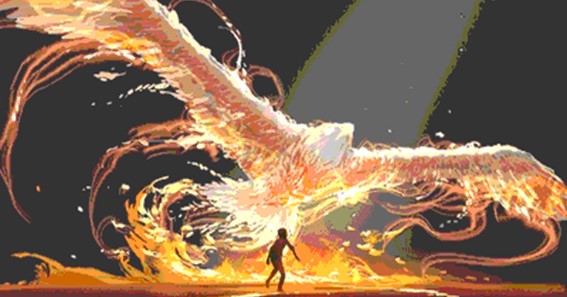 Lost Ark is continuously pumping out updates at a steady pace. What major updates are going live for May?

Smilegate and Amazon Gaming Studios have been pumping out new content consistently to ensure that players won’t get tired of playing Lost Ark. For the month of April, the gaming studios released the very first Abyss Raid, the Glaivier Advanced Class, and the T3 region Southern Vern for all Lost Ark accounts. The developers are set to release a new wave of updates for the month of May, which includes a new Advanced Warrior Class and raids.

Lost Ark Major Updates for May

For a game that has existed since 2019 in other regions, Lost Ark already has many updates ready to be patched to the game. Based on what players see in other servers such as KR and JP, there are tons of new Lost Ark gold farming content available that haven’t been seen in Western regions. However, new features have been steadily making their way into the game.

Amazon has learned much from their other MMO to know that pumping out updates at a brisque pace can be disastrous if not done correctly. This time around, the gaming studios decide to patch in new content depending on various criteria. Now, AGS feels that sufficient players have reached the necessary Item Levels to open up the following new significant content.

While last month saw the introduction of the Abyss Raid, one of the most challenging end-game content is now set to go live in May. Legion Raids are considered one of the most difficult features since players will actually be fighting demonic Legion Commanders. This new set of raids will offer more complicated and devastating mechanics, which will prove to be more unforgiving than the other existing boss mechanics.

Legion Raid is an 8-man party content which requires excellent communication and cooperation skills. Due to the raid’s difficulty, adventurers need to be at least at 1415 Item Level to be eligible to enter the invasion. Fortunately, these new complicated challenges are very rewarding since they drop materials for crafting Relic items, which is way above Legendary gear.

The first Legion Raid boss will be the Beast Legion commander, Valtan. The demonic minotaur was first encountered by players during the Luterra arc of the game. Seeing the powerful beast commander will send chills down players’ spines.

The new classes are one of the upcoming updates that fans are very excited about. The latest job that will go live is the Destroyer. The hammer-wielding character is an advanced class of the warrior line. The Destroyer is rumored to be the second most viable tank in Lost Ark.

The giant hammer wielding warrior can dish out decent damage while soaking up hits from enemies. This character can also provide tremendous amount of crowd control making them excellent in both PvE and PvP situations.

Though Guardian Raids has been out since the beginning of the game, it is far from fully updated. There are currently 20 Guardians that players can defeat in Lost Ark West. However, a new mythical being is about to make his debut in the raids.

The dark bird Deskaluda is set to go live in May. Once he is patched in, he will be the strongest Guardian boss by far. To fight him, players will need an Item Level of 1415. Deskaluda will be the first Guardian to drop Relic-grade accessories, which will complement the relic-crafting materials dropped by Valtan.

Other than Legion Raids, a new form of Guardian Raids is also set to debut. This content is a new weekly feature that tweaks Guardian Raids a bit. Three mythical bosses can be challenged each week, with one Guardian being rotated out every reset.

The niche of this new weekly content is that the bosses here apply the “Scale of Balance” effect on any raiders looking to take them on. This debuff essentially ensures that no one can ever overpower these Guardians during the fight, so they will always be fighting on an even footing.

There’s not much Guild-related content for the past few months. Since launch, players have only relied on these groups to gain access to Guild Shops and quickly find teammates for raids and dungeons. But now, a new alliance content is about to be introduced.

For the PvP scene, the new Island Siege content is set to make its debut in the game. This content is a large-scale guild vs. guild feature wherein players will duke it out in a specific zone to capture objective. Winning these engagements will yield various rewards.

For the PvE scene, a new raid will be introduced for every club. The Sylmael Devourer will soon go live, which is a boss that can only be challenged by guilds. Aside from providing great rewards, defeating the Devourer quickly can help place the guild higher in the raid leaderboards.

There are some minor updates that are soon to take place as well. These include some quality of life improvements such as new UI updates, front and back attack indicators, and a convenience feature for the Auction House. It is unclear if these QoL changes will occur at the same time or will be rolled out in batches.

May is full of new content for Lost Ark gold farming that gamers will find enjoyable. Gamers can soon start beating up powerful Guardians or leveling up a new character. Hopefully, the subsequent significant updates after the upcoming features won’t take too long in the future.