Fotor: A very complete online tool for dealing with your photos 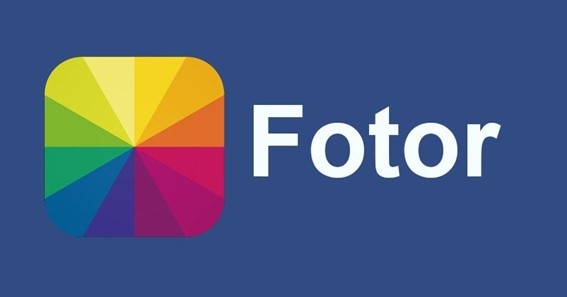 How to remove background from an image easily without using professional photo editing tools? How to crop and remove the background of a photo online in two clicks and three movements? Don’t worry because we will tell you about a very complete online tool for dealing with your photos.

Many online tools can remove the background from an image automatically and effortlessly. Tools that have gained in precision and have nothing to envy to dedicated software that sometimes requires a long learning curve. However, not all tools are completely reliable. In our opinion, there are only a few that can remove the background from an image quite smoothly. One of them is Fotor which we will discuss in this article. Just keep reading!

Fotor is an online photo editor that can edit photos in just a few clicks. In “one package”, there are several tools, each of which offers useful functions for editing photos. For example, the feature crop images, adding text, resizing images, making photo collages, and graphic design. All of these features are not playful features. They work well when used. However, there is one feature that is considered very important for some people, namely the image background removal feature. This feature is especially useful when we are going to make “an official photo” but don’t have enough time to make a new photo. By removing the background and changing it, we can often create a completely new official photo.

Fotor’s background remover feature uses artificial intelligence to help remove the background from a photo in seconds with a single click. Simply upload your photo to the website and the background is instantly removed; you can then change the background image as you wish. You can use this feature to quickly produce mug shots, promotional posters, and social media photos with a variety of background colors. Fotor is available online, on your PC, and your phone.

Beautify photos that have removed the background

After you remove the background of a photo you may not be satisfied with the result. Take it easy, you can beautify or edit the photo to your liking. As mentioned above, Fotor is an online photo editor with many useful features. Apart from those mentioned above, there are other unique features such as a blur tool, teeth whitening, batch photo editor, red eye removal, and much more, With them you can create a new “perfect” official photo.

Not only removing backgrounds and editing photos, but you can also create your own avatar!

Yes, you read right! Fotor provides an Avatar maker feature that can be adapted with various styles and customization options. Once your Avatar is created, you can use it on various online platforms. There is no doubt that Fotor is a very complete tool.

Hopefully all the information provided in this article enriched your insight into how you should deal with your photos. Thanks for reading and good luck!