Why the Future of Solar Is Hybrid 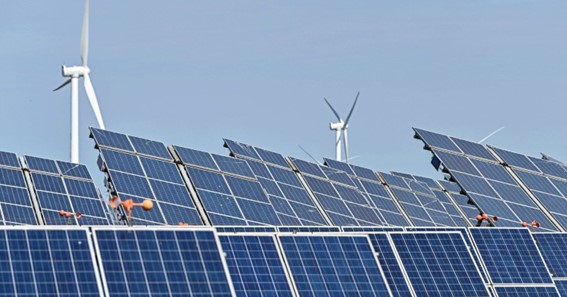 Solar power has become a commonplace sight in most neighborhoods. This sustainable solution to power is popping up on rooftops all across the country, thanks to falling costs and increasing efficiency in solar power systems. Within the solar industry, solar-plus-storage systems, also known as hybrid systems, have grown even more rapidly than solar power itself. There’s a good chance that, as this trend continues, hybrid solar will become the preferred method of powering your home with the sun’s energy. What makes hybrid the way of the future for solar power? Keep reading to learn why it’s becoming more and more popular.

One of the few drawbacks of a hybrid system is the cost for adding a battery bank to your system. A battery bank large enough to meet your home’s energy needs could feasibly double the cost of your installation. However, batteries are becoming more affordable and more efficient than in past years, making it a more viable option for the average homeowner. Solar batteries are now more efficient as well, meaning you can get fewer batteries for your bank to save even more.

With fewer batteries and a sleeker styling, solar battery banks take up less space and create less clutter, allowing them to fit even in smaller homes. Complete battery systems can fit inside a single battery cabinet, with built-in wiring connections for a neat and clean look, all while remaining within a more reasonable budget that past battery banks.

While the cost of solar has come down over the years, the cost of traditional power has continued to steadily rise, and will likely keep rising for decades to come. With the global economy teetering on the edge of an energy crisis, many people are turning to solar as an alternative to more expensive, traditional power sources. While you could certainly get a grid-tied system to offset your traditional power expenses, opting for a hybrid system with a battery bank helps you to become more independent from the grid and can save you more money in the long run.

The use of solar-plus-storage allows you to take advantage of peak shaving, which ensures you always pay the lowest possible price for power. Hybrid solar inverters are able to intelligently shift between all 3 of your power sources—solar, batteries, and grid—to keep your electricity as low as possible. If you drained your batteries during a stretch of cloudy weather, for example, your system would use grid power to recharge the batteries when the per-watt cost is at its lowest. That way, when you need power during peak usage hours, and when those watts cost more, you can draw on battery power instead.

Overall, a hybrid system will minimize your usage of the grid and, if your system and your battery bank are appropriately sized, may even eliminate your grid power usage altogether.

Going green has been a trend for well over a decade now, and many people now consider it to be a normal way of life. Reducing your carbon footprint by recycling, opting for public transportation, and eliminating single-use plastics are now all the norm for a large percentage of the country. Turning to solar power is a natural part of that journey to more sustainable living, and many people installing new solar systems are taking it one step further by opting for solar power storage as well. By further reducing your grid usage, a battery bank makes your system even more sustainable and eco-friendly, since you’re almost exclusively using solar power throughout the day and night.

While the majority of the United States doesn’t experience frequent grid outages, natural disasters over the last few years have caused some people to have concerns over the reliability of grid power. When a historical winter storm hit Texas in 2021, much of the state lost power for several days during record-breaking lows. Many people lost their lives due to these power outages, and people across the country began to ask just how reliable their grid might be in such a situation.

While solar power systems are not completely disaster proof, they can operate in many extreme conditions. However, if you have a grid-tied system, your home will lose power when the grid goes down, regardless of whether or not the sun is shining. In order to keep your home powered during a grid outage, you’ll need to have a hybrid system with backup battery power. This allows you to disconnect from the grid and operate in a self-sufficient manner. While prolonged periods of cloudy weather may cause you to run out of energy, so long as there is sunlight, you can generate electricity and power your home, even when the grid is down. This ability is now being viewed as a major perk by those who don’t entirely trust the city grid to supply them with energy during an emergency situation.

As solar power continues to rise in popularity, there’s a good chance that solar-plus-storage systems, with battery banks and hybrid solar inverters, will become the new normal and the future of solar power.

Previous articleDo I Need a Lawyer if I’m a Victim of a Serious Injury?
Next articleWHY YOU SHOULD CONSIDER ONLINE CAREER COUNSELLING AFTER 12TH?