What You Should Know About Travel Sickness 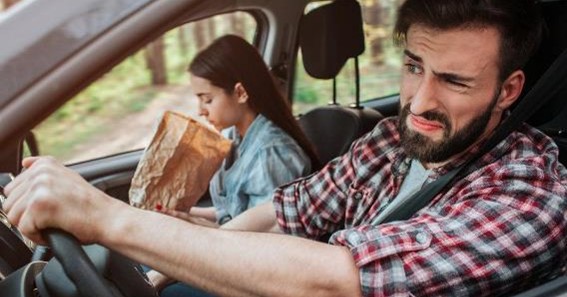 The term “travel sickness” was introduced by James Irwin in the late 19th century. Before now, Aristotle proposed an illness known as seasickness. The ancient Greek philosopher and scientist explained the causes using humoral theory. However, history is not our focus.

Travel or motion sickness, or whatever you prefer to call it, refers to a disturbance experienced in the Auris internal – the internal ear. It happens due to repeated vehicle motion or other actions that upset the inner section of the ear.

This causes vomiting and nausea when sufferers are in motion like, in airplanes or automobiles. Furthermore, a study conducted in 2013 implied that the effects of the illness might also be triggered by watching 3D movies.

Some persons experience the symptoms of this illness when they are in moving vehicles. But, what if your job requires you to take regular trips? In this article, you will learn a few things about how you can prevent travel sickness on car journeys, its causes, and medical remedies.

Before we go into details, you should know that there are no differences between seasickness and motion sickness. While the former is a category of the latter, they generally affect humans and animals with a functional balance system. The internal ear plays a vital role in the disorder. Let us move further to explain its causes.

click here – Can You Protect Your IP Address from Malicious Parties?

The illness occurs due to conflicting signals among your sense organs. We will go further to expand on this using an illustration. A passenger is on a moving ship; his internal ear senses a change in angular and linear acceleration as his body moves with the boat. However, as the cabin moves following his motion, his eyes register it as a stable scene.

Furthermore, the internal ears and eyes have sent contradicting messages to his brain. Thus, making the brain confused. The brain then responds by producing an abnormal amount of vasopressin, epinephrine, and norepinephrine hormones. After some time, electrical beats in his stomach muscles accelerate from three to about nine circles in one minute.

The muscular acceleration in the linings of his stomach begins to produce seeable symptoms of the disorder. At this moment, people experience nausea which may lead to vomiting.

The major players in this disorder are the ears and brain. Therefore, we will consider the roles of each of the organs briefly.

The internal ear is responsible for the control of balance. It belongs to a network known as the vestibular.

The vestibular system is responsible for sending information about our environment to our brains. And, it comprises semicircular canals in three pairs, the utricle, and the saccule.

Each of these parts plays a vital role in maintaining our balance. For instance, the canals contain a fluid that enables our heads to turn. The other two parts tell the brain the position of our body.

The brain is like our central processor. It receives all the data sent from the various parts of our body.

For the brain to produce an output, it has to put all data together and make sense of them. However, the brain may be confused due to contradicting signals.

For instance, if you are on a plane, you feel your body moving. But, your eyes signal your brain that you are at a spot.

Anyone can suffer from motion sickness. And, it is common in pregnant women and children. However, it is not contagious.

There are several symptoms of motion sickness. However, experiencing these symptoms does not mean you have the disorder. But, you can check with your doctor for a professional diagnosis.

Some persons suffer from a mild case of this illness; however few persons undergo extreme cases. And, without the attention of a doctor, they might become worse.

A lab test is not necessary in diagnosing motion illness. However, the doctor will enquire about some symptoms you are facing and in what cases you get them.

The symptoms of this disorder are discomforting and can make you embarrassed, especially if you are on public transport like a bus or plane. However, there are ways to prevent experiencing these symptoms while traveling.

A survey shows that some persons still experience travel sickness symptoms for some days after traveling. It is possible because their brain still produces the hormones that cause the effects and takes time to go back to normal. For a severe case, it might take up to three days. However, the following suggestions may help:

If you experience any of the symptoms during motion, you can try looking outside the vehicle. Simply gaze towards the path of movement. As you do this, your eyes notice it, hence, sending the same signal as your inner ear to the brain.

Taking a Nap or Keeping Your Eyes Closed

You can use this remedy if you are traveling at night or on a ship with no windows. Since our eyes and inner ear cause the dispute that results in motion illness, shutting your eyes might help resolve the conflict.

If you usually experience symptoms of travel sickness, it might help to pop something in your mouth for the time you are in motion. You can try chewing gum, a dry snack, or some candy. However, avoid eating any greasy food.

You might be wondering what effect chewing has on travel sickness. Generally, chewing helps to reduce the symptoms of the dispute between balance and vision.

Get Some Cool Air

Fresh air helps to relieve the symptoms, though slightly. It is because; breathing foul odors for people with the disorder can trigger the symptoms. Hence, avoiding such odors can help prevent the symptoms.

There are suggestions on using ginger to reduce travel sickness symptoms. Though its working mechanism is yet unknown, studies have shown that the herb helps to reduce the symptoms. To use it, you can either chew some fresh stems or swallow some ginger pills while on your journey. You can click here to know more about the effects of ginger on nausea.

Asides from some of the home remedies mentioned above, there are over-the-counter medications you can use that might help reduce the effects. However, ensure you speak to your doctor about them before using them.

The antihistamine drug helps to relieve allergies and travel illnesses. Based on prescription, you can take it before your journey. Then, take subsequent doses every four to six hours after the first dose.

Here is another medical remedy that your doctor might provide you. You can use it four hours before your trip. The single-dose should last for up to three days.

Prevention, they say is, better than cure. Experiencing the effects of motion illness can be disturbing and discomforting. However, there are some ways you might prevent such experiences. Some of them include:

Traveling for some persons might be scary. It is because of the experiences that they go through when they are on a moving vehicle. Some persons experience nausea, dizziness, short breath, and more symptoms when in motion.

Travel sickness might be mild for some persons. But, few people go through severe conditions that require the attention of a specialist. If you notice any of the symptoms while traveling, you should consult your doctor for a diagnosis. However, you can also apply some of the remedies in this article.

To Know Some Great Stuff Do Visit OwnerSites

To Know Some Great Stuff Do Visit PetsBee

To Know Some Great Stuff Do Visit PopularWeby

Previous article6 Advantages of Online Assessments that Enterprises Use to Upskill Their Workforce
Next articleCan You Protect Your IP Address from Malicious Parties?