The Lowdown on Driving While Stoned 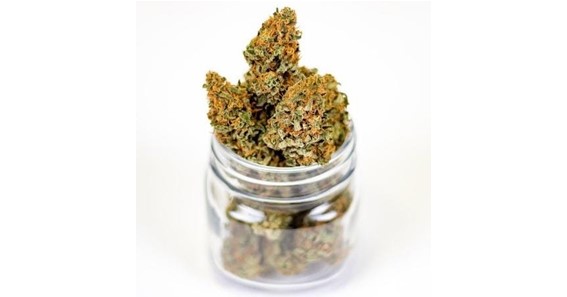 Whether you’re a frequent and long-term cannabis user or have recently or are about to begin consuming marijuana, you may find yourself at a point sometime where you’re considering driving while under the influence of the drug.

It’s important to understand what may be at risk if you go ahead with this decision and how to make the choice that’s not only right for you but others in the community. Read on for the lowdown on driving when stoned that all users need to get clear on.

How Cannabis Can Impair Your Driving Ability

While we know that weed affects a person’s ability to drive, whether they buy it from a Los Angeles dispensary or an online store, precisely how this arises isn’t something that’s proven just yet. Research completed via driving simulations, though, indicates that marijuana impairs a variety of skills required for safe driving.

For instance, those who are high can decline in their reaction times, route planning, and decision-making skills. Plus, it can be harder to detect targets, pay attention, and anticipates outcomes. There can also be adverse effects around risk-taking, not to mention coordination and memory.

There hasn’t been a proven link between car crashes and marijuana usage discerned as yet. Still, it has been more thoroughly shown that those who drive under the influence of both alcohol and cannabis are less safe than those who haven’t ingested such substances. With low concentrations of alcohol or THC in the system (THC being the high-producing active compound in weed), most people wouldn’t have a big problem driving.

However, once the two substances combine in the system, drivers are more likely to weave within lanes and show proof of other impairment. As a result, anyone who tends to combine drinking with their marijuana usage should think again about driving.

In the United States, there isn’t one across-the-board rule around the nation that covers what is and isn’t allowed when it comes to cannabis consumption and driving. Each state sets out its own laws, so drivers must check the rules in their area(s) to find out what applies. In some states, you’re prohibited from having any amount of THC or related compounds in your blood if you drive.

In others, a limit applies, usually set up in the same way as there are limits for blood alcohol readings. In some states, you’ll learn that the police departments also hire drug recognition experts. These people take suspected drugged drivers through a 12-step process.

Note, too, that regulations get reviewed and updated reasonably frequently, especially as states legalize marijuana possession and usage. As such, keep an eye out for updates before consuming cannabis and driving. Regardless of where you live, though, avoid getting behind the wheel if you notice that you feel high, drowsy, or in any other kind of altered state.

Why It’s Tricky to Test

Although there are rules around being stoned and driving, it’s tricky for regulatory bodies to adequately test people to determine if they’re impaired when driving or not. While there are alcohol breath analyzers that precisely measure people’s blood alcohol levels, there doesn’t yet exist a comparable test, especially roadside ones, for marijuana usage.

While blood and urine tests can tell if someone has cannabis in their system, the drug stays in the body for a significant amount of time. In turn, this means the tests can’t accurately tell when usage happened (it could have been days or weeks ago) or how stoned a driver would be, let alone the impacts of that impairment. Plus, people who have built up more of a tolerance to the drug over time and frequent use are generally going to be less impaired when they consume marijuana than those who have had it for the first time.

Another factor that makes it hard for the police to test drugged driving is the reality that by the time people get tested again at a station, several hours may have passed, and the THC level changed dramatically over that time. To stay safe from harming yourself and others and potentially facing legal consequences, don’t drive at all if you have had marijuana in recent hours.

Avoid getting into vehicles with anyone who has consumed cannabis, too. It’s hard to tell impairment just from behavior or looks, so it’s best to err on the side of caution wherever possible.

Previous articleMany Situations You Can Avoid with The Best Life Insurance Policy in India
Next articleMass Personalization: The New Video Marketing

A Comprehensive Guide to 10 Gigabit Ethernet and 10GBASE-T Copper

Why is it crucial to apply for birth and Death Certificate on time?

A Comprehensive Guide to 10 Gigabit Ethernet and 10GBASE-T Copper

Why is it crucial to apply for birth and Death Certificate on time?