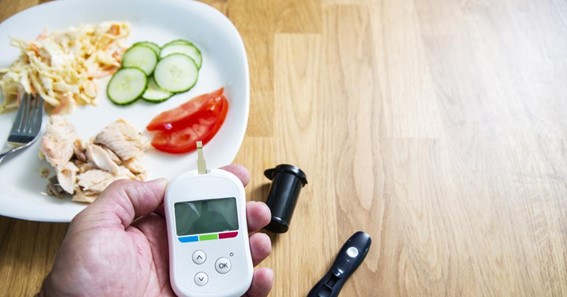 Diabetes is when the body fails to produce enough insulin required to process sugar in foods. In some cases, the pancreas fails completely, and the body creates no insulin. Typically, people with diabetes must administer the hormone insulin exogenously to ensure they keep their blood sugar levels safe.

There are three main types of diabetes: Type 1 diabetes, Type 2 diabetes, and gestational diabetes. The symptoms are the same, but the cause of the condition varies. A small minority of patients suffer from diabetes like monogenic diabetes and diabetes caused by rare conditions.

Understanding diabetes can help you spot signs and symptoms early to get effective treatment sooner. It also helps people understand how the endocrine system works and how the body processes glucose in the food we eat.

Diabetes treatments have made rapid progress in recent years. Still, there is no known cure for diabetes, and diabetics often must deal with symptoms for the rest of their lives. Here’s a look at different types of diabetes to help you learn more about the condition.

When the pancreas stops making insulin, the body has nothing to do with the sugars (glucose) entering your bloodstream after it breaks down the food you eat. Thus, people with untreated Type 1 diabetes usually have very high blood sugar levels.

People with Type 1 diabetes have to find insulin from other sources when their bodies stop making it. This usually means buying a pump that attaches to places like the hip. The pump injects insulin into the bloodstream to break down glucose and return blood sugars to normal levels.

Some people inject their daily insulin via syringes. In addition, they can attach blood glucose monitors to the skin that track sugar levels to make it easier to know when you need more insulin. Modern technology enables users to track sugar levels on their phones. Applications can even send notifications to a user or their parents (if it’s a child) when blood sugars dip or rise too far.

Type 1 diabetes means you will give yourself insulin for the rest of your life. It requires a lot of discipline and education, but people with this type of diabetes can live a full, happy life.

With Type 2 diabetes, your body has difficulty producing enough insulin to handle the amount of glucose in the blood. So when people consume too much food or sugar, the body has a hard time keeping up.

People with Type 2 must administer insulin similarly to people with Type 1, but doctors often prescribe other medicines to help people cope. In addition, most medical experts recommend losing weight and becoming more active to reduce symptoms. The good news is that many people who lose weight and adjust unhealthy eating habits see a meaningful or complete reduction in symptoms.

Gestational diabetes can complicate pregnancies, so it’s important that people expect to take care of themselves and stay active until the baby is born. Usually, doctors perform a test at around 24 weeks.

There are much rarer types of diabetes, including:

These types of diabetes are far rarer than Type 1, Type 2, and Gestational.

The medical industry is constantly looking for better treatments and, ultimately, a cure for diabetes. In some studies done on rats, researchers discovered, for example, that the peptide ipamorelin potentiated insulin release.This helped ensure that more dietary calories went to building muscle rather than fat and stimulated the release of HGH. Dealing with insulin sensitivity is still a massive challenge, and more research is ongoing to see where the treatments will take us.