Bitcoin Maximalism: Is it a Feasible Idea Right Now? 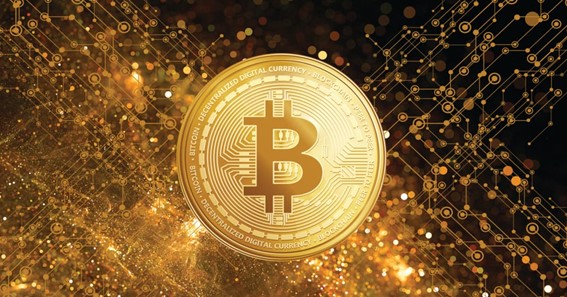 Bitcoin maximalists hold the idea that Bitcoin, the most popular cryptocurrency in the world, is the sole digital asset to be required in the future. Maximalists believe that every digital currency is inferior to Bitcoin. So, the maximalist ideology is that other cryptos aren’t in tandem with the principles established by Satoshi Nakamoto – the group or person credited to have created Bitcoin. Here are some of the reasons why the maximalists believe will make all cryptocurrencies ineffective.

Contents
1 #1 The network of Bitcoin
2 #2 Bitcoin is renowned and well-established
3 #3 Trading influence of Bitcoin on Altcoins
3.1 Is Bitcoin maximalism a feasible way?

#1 The network of Bitcoin

Most Bitcoin maximalists at present support the thought that a digital currency’s success depends on the blockchain network underlying it. It’s common to hear the notion that, though other cryptos might have modifications on the actual Bitcoin premise, the final marker of accomplishment is the strength and length of the blockchain.

Since the underlying network of Bitcoin is pretty strong, the idea is that, and as the features of any specific digital currency might be freely used by another digital currency, the most crucial factor is the network.

#2 Bitcoin is renowned and well-established

Another popular argument for the Bitcoin maximalist idea is that newer financial instruments need to face higher barriers to build investor trust. As digital currency becomes exponentially popular, many top financial institutions and sole investors might want to get out of the market.

As per Bitcoin maximalists, the process of fully integrating digital currencies in mainstream finance and investing is slower. Due to this reason, outsiders are going to pay more attention to the most popular, oldest, and most renowned networks. Bitcoin is the most established one in the case of digital currencies.

With several untested, new digital currencies coming up, Bitcoin has a major benefit in that it contains proven success and reliability. As other crypto networks face hacking and other negative incidents, Bitcoin maximalists consider this as evidence to support their argument.

#3 Trading influence of Bitcoin on Altcoins

The ultimate argument for Bitcoin maximalist philosophy focuses on diversification in a crypto or broader portfolio. As the Bitcoin prices tend to influence the altcoin prices in a broader manner, investments in altcoins might be a questionable way to diversify the crypto holdings of an individual.

Then, the argument follows that an investor is better off making investments in the best-of-the-lot asset like Bitcoin, rather than risking money by making investments in other tokens or coins. But the rise of Bitcoin prices does not always drive the altcoin prices higher. As per the Quantumai website, Bitcoin maximalists may argue that is because of the inferior quality of the altcoins.

Is Bitcoin maximalism a feasible way?

Bitcoin maximalism has several hurdles to move past if it has to become the sole digital currency. Most of the altcoins and its subsequent variations in the blockchain network have come into being due to the limitations present in the Bitcoin network and the related cryptocurrency. Thus, at present, Bitcoin maximalism does not seem like a viable way to proceed. Though Bitcoin is the largest cryptocurrency by market cap, it is not the sole digital currency to rely on.

To Know Some Great Stuff Do Visit EagerClub

To Know Some Great Stuff Do Visit EarthCycle

To Know Some Great Stuff Do Visit EkSankalpJob