A Comprehensive Guide to Precious Metals 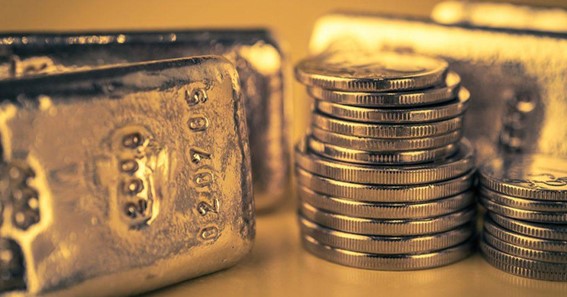 Are you intrigued by precious metal investments? Not just gold but silver as well are recognized for their immense value and long-term use. Every investor would wish to have them in its portfolio.

Nevertheless, precious metals are infamous for their volatility, some being more volatile than others. Each of these commodities comes with its own opportunities and risks. The most popular commodities of precious value include gold, silver, platinum, and palladium. They provide inflationary protection and involve no credit risk. Most importantly, they have a low or even negative correlation to other assets like stocks.

We hope you find the following guide useful and informative.

Gold is the oldest and most well-known precious metal. It’s durable, malleable, and capable of conducting both electricity and heat. It isn’t susceptible to rust and corrosion, which contributes to its applications in the dental and electronics industry. Gold remains unaffected by air and reagent exposure. This article explains the chemical and physical properties of gold.

Moreover, this yellow-colored precious metal is the most ductile and malleable, as it can be stretched into a long wire, whose length reaches up to 2000 kilometers. It’s non-toxic, odorless, and resistant to most acids. The value of this commodity is dictated by the market 24/7. It has had strong relations with global economies throughout history.

There are multiple factors affecting the desire for this yellow-colored metal. For instance, in the event of financial concerns when banks are viewed as unstable, gold is the preferred asset for storing value safely. The same goes when political stability is rather questionable. Another time when individuals turn to gold is when inflation rates rise, as stocks, bonds, and real estate are all affected by the increase in inflation.

Moreover, political crises and wars force individuals to flock to gold, as its price and value aren’t affected by such unpleasant events. Your entire savings can become portable and be safely stored until you need to trade them. Although it isn’t the rarest precious metal, gold cannot be found abundantly in nature.

click here – What Is The Difference Between Crawling And Indexing In SEO?

Another worldwide popular precious metal is silver, whose industrial uses outnumber those of gold. The electrical and thermal conductivity of silver is unbeatable. Unlike the yellow-colored metal, the price of silver experienced frequent changes because of its double role as an industrial metal and a value store. As a result, it’s considered more volatile than gold. Its volatility comes as no surprise, given the frequent price fluctuations.

The supply and demand of silver have a tremendous effect on its price. Therefore, fluctuations are expected with every new innovation. There are four factors in charge of dictating the price of silver, including industrial fabrication, jewelry, bullion, and silverware. In the field of electronics, industrial silver is used in the manufacturing of ceramic capacitators, membrane switches, silvered film, conductive adhesives, etc.

Furthermore, the demand for silver keeps on increasing in the automotive, solar panel, brazing, and soldering industry. Nowadays, there is a multitude of companies selling precious metals, like Schiff Gold, specializing in silver and gold bullion. Silver demand is on the rise, as this commodity is used in the construction of photovoltaic cells for solar panels. It’s used as conductive ink, which transforms sunlight into electricity.

In the automotive industry, silver is utilized to initiate every electronic action, like starting the engine, making adjustments to power seats, opening power windows, closing trunks, etc. Conversely, by adding silver to the brazing and soldering process, leak-tight joints are created for combining metal parts. On the same note, silver-brazing alloys have widespread use in refrigeration and air conditioning.

Additionally, silver is considered an attractive commodity due to its use in batteries, microcircuits, medical products, electrical appliances, and other items that require such input. Investors should be aware that its price is largely affected by its industrial applications.

Platinum is classified as the most precious commodity of all metals in this category, as it’s fifteen times rarer than gold. It’s remarkably ductile and corrosion-resistant, which makes it suitable for industrial applications like laboratory equipment and catalytic converters. Just like silver, platinum prices are dictated by its industrial uses.

The greatest demand for platinum originates from automotive catalysts, which are applied in the reduction of harmful emissions. Jewelry also accounts for the largest part of the demand, followed by chemical and petroleum catalysts. Since the automotive industry relies on metal, the prices of platinum depend largely on auto sales. Follow this URL, https://www.livescience.com/39144-platinum.html, to check some interesting facts about platinum.

In terms of investing, platinum is considered the most volatile in the group of precious metals. During times of economic prosperity, its value is on the rise. In contrast, during periods of economic uncertainty, platinum becomes less valuable. Also, investors should know that platinum mines are mainly located in Russia and South Africa. Consequently, there is a large potential for cartel actions, which boost the price of platinum artificially.

Probably the least popular out of these commodities is palladium, which has a long list of industrial uses. Palladium and platinum are sister group metals, but the former keeps on increasing in popularity and price. This shiny metal is used in the manufacturing of electronic and industrial products, medicine, dentistry, jewelry, etc.

Moreover, palladium is a crucial component in catalytic converters, referring to the exhaust system of cars responsible for controlling emissions. The largest portion of palladium is used in the manufacturing of these converters, whose job is to turn nitrogen dioxide and carbon monoxide into less harmful substances.

The palladium price is consistently rising because the demand for this shiny metal is greater than its supply. The amount of palladium produced every year is lower than the demand for eight years in a row. In the meantime, the demand from carmakers doesn’t cease due to the strict regulations related to air pollution from petrol autos.

While precious metals might be volatile themselves, they have the power to reduce risk and volatility when introduced into portfolios!

Previous articlePlay to Earn Games for Android
Next articleWhat Is The Difference Between Crawling And Indexing In SEO?