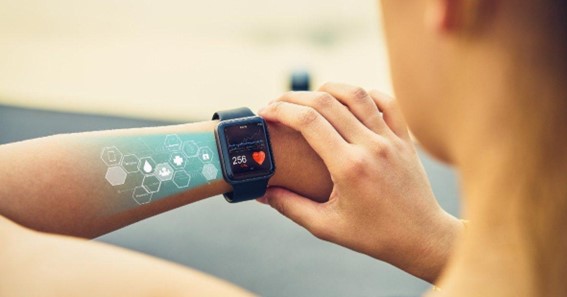 Wearable tech has come a long way since its infancy. From the clunky, unattractive wearable devices of a few years ago, we’ve now got extremely sophisticated tech that has helped to improve our everyday lives.

But the innovation does not seem to be slowing down any time soon. Smart tech and electronics are continuing to evolve and embrace new technologies that aim to make these devices more powerful, effective and user-friendly.

One new technology that has already started to revolutionise the way we approach wearable tech and electronics is thin films. Aiming to solve the issue of under-performing materials, thin films provide a non-intrusive, reliable performance that makes things easier for both manufacturers and customers.

In this article, we’ll be discussing how thin film technology is currently being used in electronics and wearable technology. We’ll also dive into the future of these devices, and how thin films will play a part in upcoming advancements.

The Applications of Thin Films in Wearable Tech

Due to the versatility and flexibility of thin films, they  have started to become widely used in various industries. One of the sectors where they have made the most impact is in wearable tech.

Perfect for use in devices such as smart watches, medical tech, and LED displays, thin films have helped to manufacture better-performing, high-quality devices. Thin films, in most cases, are much better alternatives to traditional coatings that have been used on wearable devices in recent years.

Coatings of thin film can be applied to surfaces without adding additional weight to devices, or making the electronics larger and more clunky than they need to be. This maximises comfort for the wearer, and helps companies reduce the cost of materials, packaging, delivery etc.

Thin films can also help wearable technology with water resistance and strength, which protects the device from potential failures or accidents that can damage its usability.

Thin films have helped the rapidly advancing electronics industry by providing an efficient and usable solution to many of the issues that the sector was experiencing. As many wearable tech manufacturers struggled to make devices smaller and lighter than before, the traditional materials used to make them were no longer fit for purpose.

Thin films provided the perfect solution to many of these issues. Not only are they extremely efficient, but they are also lightweight, durable, and can be water-resistant. With an impressive amount of versatility, thin films can be adapted to suit various design needs.

As wearable technology continues to have more control over our lives, customers are demanding more durable and non-intrusive devices, and through using thin film technology, many brands have been able to provide this.

Thin film applications vary widely between companies, depending on the needs of both the manufacturer and the end consumer. From helping to cut down on the weight and size of smart watches, to strengthening medical devices to prevent critical failures, thin films have been used extensively across the electronics industry.

Common Devices that Use Thin-Films

There are many different devices that have started to utilise thin films to enhance their performance.

Wearable medical technology is one of the most common devices that utilise the power of thin films. These devices are often exposed to harsh environments and a range of bodily fluids, chemicals, corrosives etc. that can all potentially cause damage to the equipment. Using thin film technology, these devices can be made waterproof and sealed to prevent corrosion and contamination.  Thin films help to keep these devices sterilised, usable and effective, no matter what they come into contact with.

Along with other wearable gadgets and electronics, thin films have also been used in solar panels to enhance their photo-thermal conversion efficiency which helps them to create more energy to power our homes, devices etc.

The Future of Wearable Tech and Thin Films

In the future, thin films are expected to set the tone for the development of new devices. As thin film technology becomes more advanced, devices will be able to benefit from enhanced capabilities and more desirable features – like being water-resistant, smaller, lighter, and more.

Ongoing research is being conducted into creating breathable, skin-mounted wearable electronics [1] and devices that use innovative methods to remain cool while in use [2]. This research will help improve the functionality and performance of wearable devices so they can easily be applied to more areas of our lives.

According to many experts, the real breakthrough in wearable technology will come when manufacturers are able to produce materials and components that are non-intrusive enough that they can be seamlessly integrated into our everyday lives [3]. The hope is that, using thin film technology, wearable devices can be incorporated into our clothes, or other everyday items, for effortless performance.

In order for these materials to be usable, companies need to invest in flexible power sources, overcoming performance limitations and using thin films to create more reliable components. As more research into this field gets underway, it’s expected that many new advancements will occur that will drive forward wearable technology far beyond what customers are using today.

Thanks to thin films, the future of wearable technology has become an extremely exciting and fast-moving prospect. As thin film technology continues to advance, new applications and solutions to our everyday problems will be uncovered, changing the way we all live our lives.

In this article we’ve taken you through the basics of how thin films are being applied in various electronic and wearable tech situations. The functionality and versatility of these items have made them a crucial part of many recent technological advancements.

In the future, we can expect to see thin films become more of an integral part of many aspects of our lives. This technology will help to power wearable devices and other electronics that are important in our everyday lives.

To Know Some Great Stuff Do Visit SquareRoott

To Know Some Great Stuff Do Visit StarCasto

To Know Some Great Stuff Do Visit StatusKDuniya